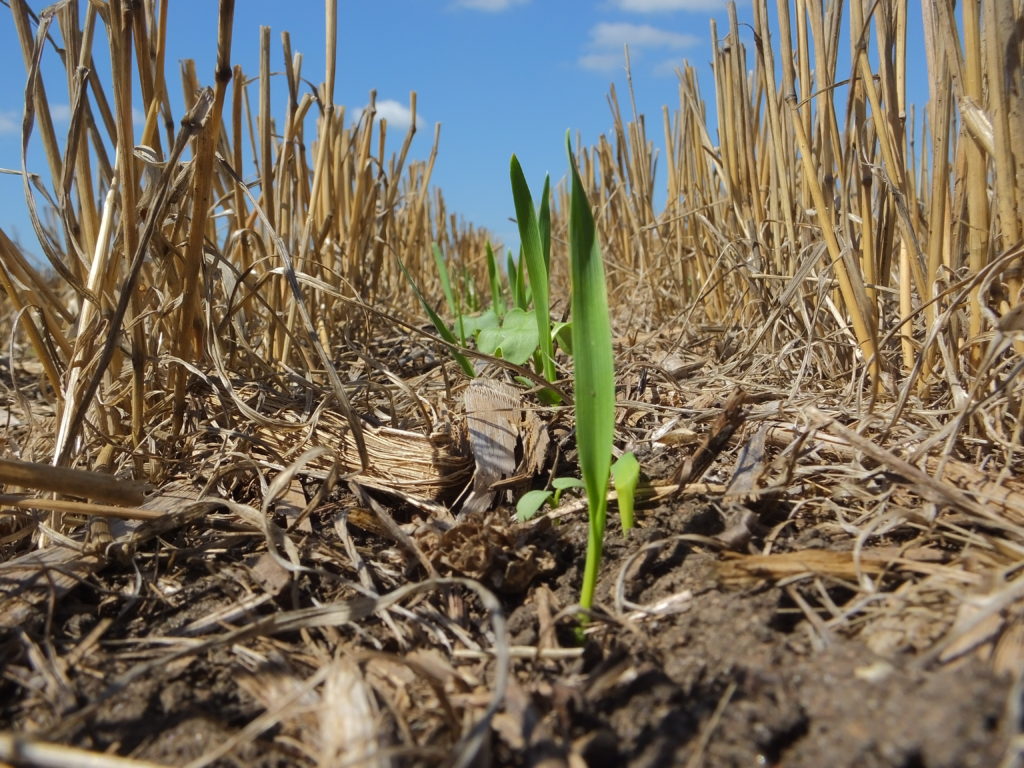 The U.S. Department of Agriculture’s (USDA) Sustainable Agriculture Research and Education (SARE) program recently released the results of its 2015 – 2016 Cover Crop Survey, which assessed the benefits, challenges, and growth of cover crops, as well as demand for cover crop seed across the United States. For the fourth year in a row, the SARE survey found a yield boost in corn and soybeans following use of cover crops, as well as enthusiasm and support for this critical conservation practice. The National Sustainable Agriculture Coalition (NSAC) is pleased to share the following summary analysis from SARE, which provides an overview of the study’s findings.

The survey found that cover crop users have a strong conservation orientation. Both this year and last respondents listed increased soil health, increased soil organic matter, and reduced soil erosion as the top three benefits of cover crops. NSAC is an outspoken advocate for cover crop adoption and promotes their benefits when used as part of critical working lands conservation programs, like the Conservation Stewardship Program (CSP) and the Environmental Quality Incentives Program (EQIP). In Fiscal Year (FY) 2015, USDA’s Natural Resources Conservation Service (NRCS) provided nearly $53 million in EQIP financial and technical assistance for cover cropping. In terms of the amount of funding obligated through EQIP, support for cover crops was the second highest ranking individual practice in FY 15, receiving 6 percent of total funding and covering more than 1 million acres. Additionally, in FY 2015, more than 5,000 applicants included cover crop enhancements or practices as part of their CSP contract.

Cover crops provide enormous benefits for carbon sequestration and climate change mitigation. NSAC has long urged USDA to ambitiously increase and promote cover crop adoption as a part of its overall climate change goals. Additionally, NSAC is actively working to eliminate cover crop termination guidelines (regarding when cover crops need to be terminated). Termination guidelines can in some cases discourage farmers from using cover crops because of potentially conflicting requirements in their crop insurance policies.

The SARE survey provides a valuable and unique insight into farmers’ use and perceptions above cover crops. NSAC will provide a deeper dive into the survey in the months ahead, as well as utilize its findings in our work on conservation, risk management, and research.

Insight from 2,020 farmers from across the country reflected enthusiasm for cover crops and—for the fourth year in a row—found a yield boost in corn and soybeans following cover crops. Multi-year data shows the yield boost increases as cover crops are planted year after year, a revelation that points to an appealing long-term benefit of the conservation practice. The survey offers data unavailable elsewhere, providing a vital glimpse into farmers’ use of and perceptions about cover crops: Previous SARE/CTIC Cover Crop Surveys have been used by researchers and farm groups, and even cited in Congressional testimony.

The survey was conducted in March 2016 by the Sustainable Agriculture Research and Education (SARE) program and the Conservation Technology Information Center (CTIC) with help from the American Seed Trade Association (ASTA) and Purdue University. The full report is available online at www.sare.org/covercropsurvey.

Acreage planted to cover crops continued its steady rise among survey participants, reaching an average of 298 acres per farm in 2015 and projected to grow to a mean of 339 acres in 2016. Those figures are more than double the acreage survey participants said they planted in 201

The modest average gains reported for 2015 are in line with agronomists’ expectations for a good growing season, says Rob Myers, Regional Director, Extension Programs for SARE at the University of Missouri.

“Cover crops really shine in challenging years, when the improvements they influence on soil moisture holding capacity and water infiltration can minimize cash crop yield losses to stress,” Myers notes. “In a favorable growing season, we expect to see less of a yield impact. However, the link between the length of time in cover crops and yield improvements points to the long-term benefits of building soil health.

“It’s also important to note that two-thirds of this year’s survey respondents agreed that cover crops reduced yield variability during extreme weather events,” he adds. “These farmers are taking the long view and recognizing that not every season turns out like 2015.”

Myers added that a mild surprise in this year’s survey was how many farmers reported a profit benefit from cover crops. Of the farmers surveyed, 33% found their profit improved as a result of using a cover crop, while only 5.7% said their profit decreased; remaining responses were split between those reporting no change in profit and those not yet having enough data/experience to evaluate profit impact.

“The vast majority of cover crop users report the most important benefits of cover crops to be improved overall soil health, reduced erosion and increased soil organic matter,” says Chad Watts, executive director of CTIC. “Though the yield benefits, profitability and resilience provided by cover crops are widely recognized by the farmers in the survey, the benefits they highlight most are long-term soil health impacts.”

Other highlights of the survey include:

“This year’s cover crop survey brought more insight and new questions to the four-year survey effort,” says Andrew LaVigne, president and CEO of ASTA. “Understanding the opinions, influences and practices such as what cover crop users find important when they purchase seed will be extremely informative for crop advisors, seed companies, policymakers, agricultural retailers and other people interested in increasing the adoption and success of cover crops.”

The full report is available online at www.sare.org/covercropsurvey.